← Back to the blog homepage

I recently read a book called ‘Gossip from the Forest’, by Sara Maitland. It’s a book that talks about the history of forests in the UK, and their relationship with fairytales. Each chapter focuses on a new forest, and is accompanied by a retelling of a fairy story, and it’s a wonderful book. I was having a gloomy day, walking back from the hospital after a scan, and on an impulse, stopped off at an Oxfam charity shop and picked it up based on it’s name alone. I studied some fairytales in my English and German literature book, but haven’t been that engaged with books since leaving uni, so really enjoyed this book and it’s hybrid of stories mixed in with history and analysis.

I learnt lots of things from the book. One of the key things - that London has a forest, called Epping Forest. I’ll be leaving London soon (more on that in a separate future blog post), so I’ve been making a list of things to do before I leave. So visiting Epping Forest was top of the list. 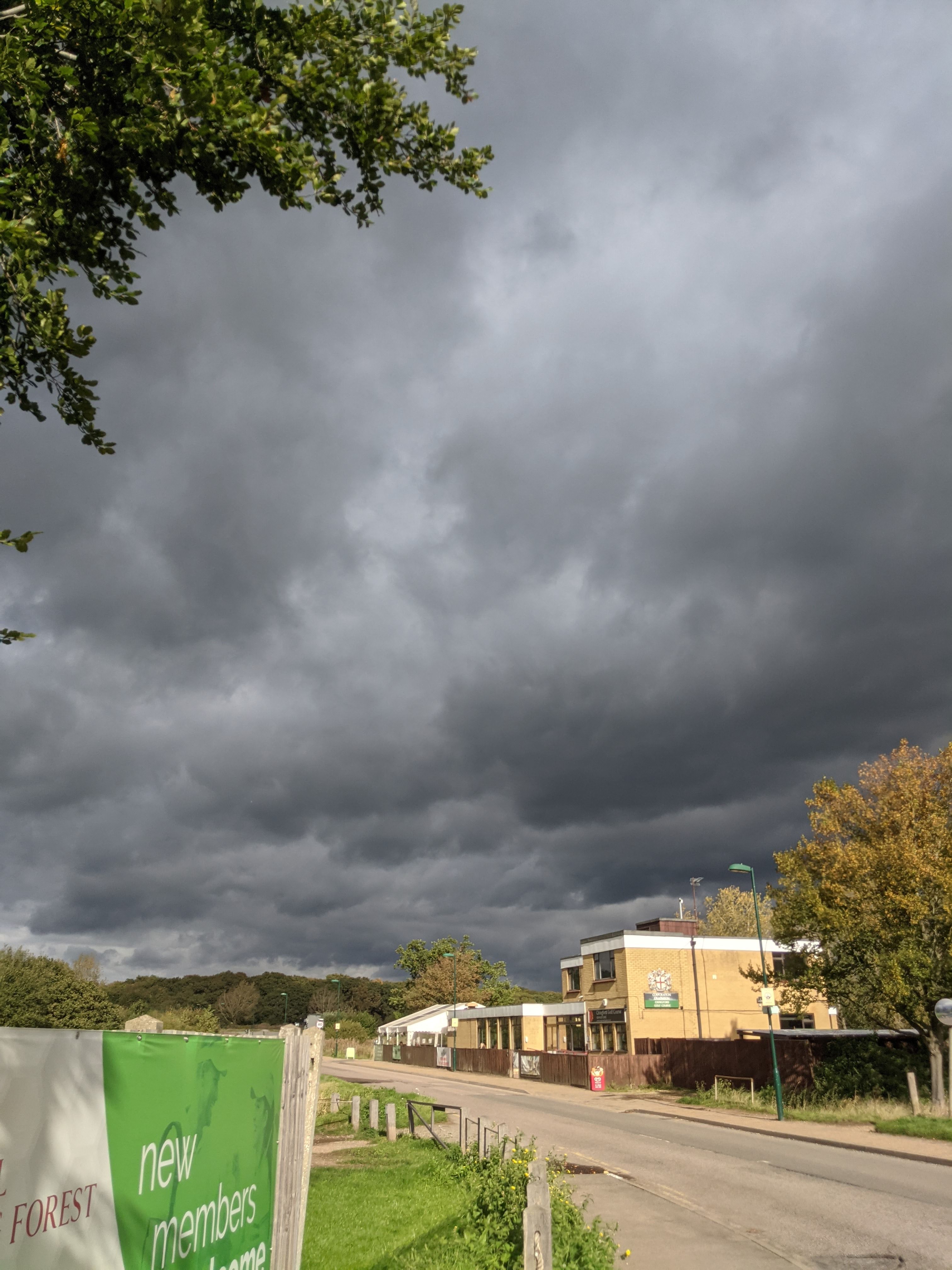 To get to Epping Forest, you go to Walthamstow Central (end of the Victoria line), and then take a train to Chingford. The walk into the forest starts a couple of minutes away. I’d checked the forecast before leaving, and it was forecast to be mostly sunny, but on arriving, the sky was full of very dark, very heavy looking rainclouds. The walk I had planned to do was going to be 3 hours, and I became quite keenly aware of that I just had a wool coat with no hood, a flimsy scarf, and I was carrying a latte, and suddenly felt very unprepared. Someone recently called me a Londoner, and having grown up on a farm, I took umbrage at that, but looking at my outfit and then the sky, I thought maybe I have become more attuned to the city than the countryside.

Having said that - and as the book touches on - Epping Forest does feel like quite an urban forest. There were a fair few other people dressed similarly to me, and lots of one of the main forest paths runs along the road, so you often hear cars in the background. At one point, I saw a DPD van speeding past alongside me. So that made it hard to really sink into the vibe of the forest, at the start. 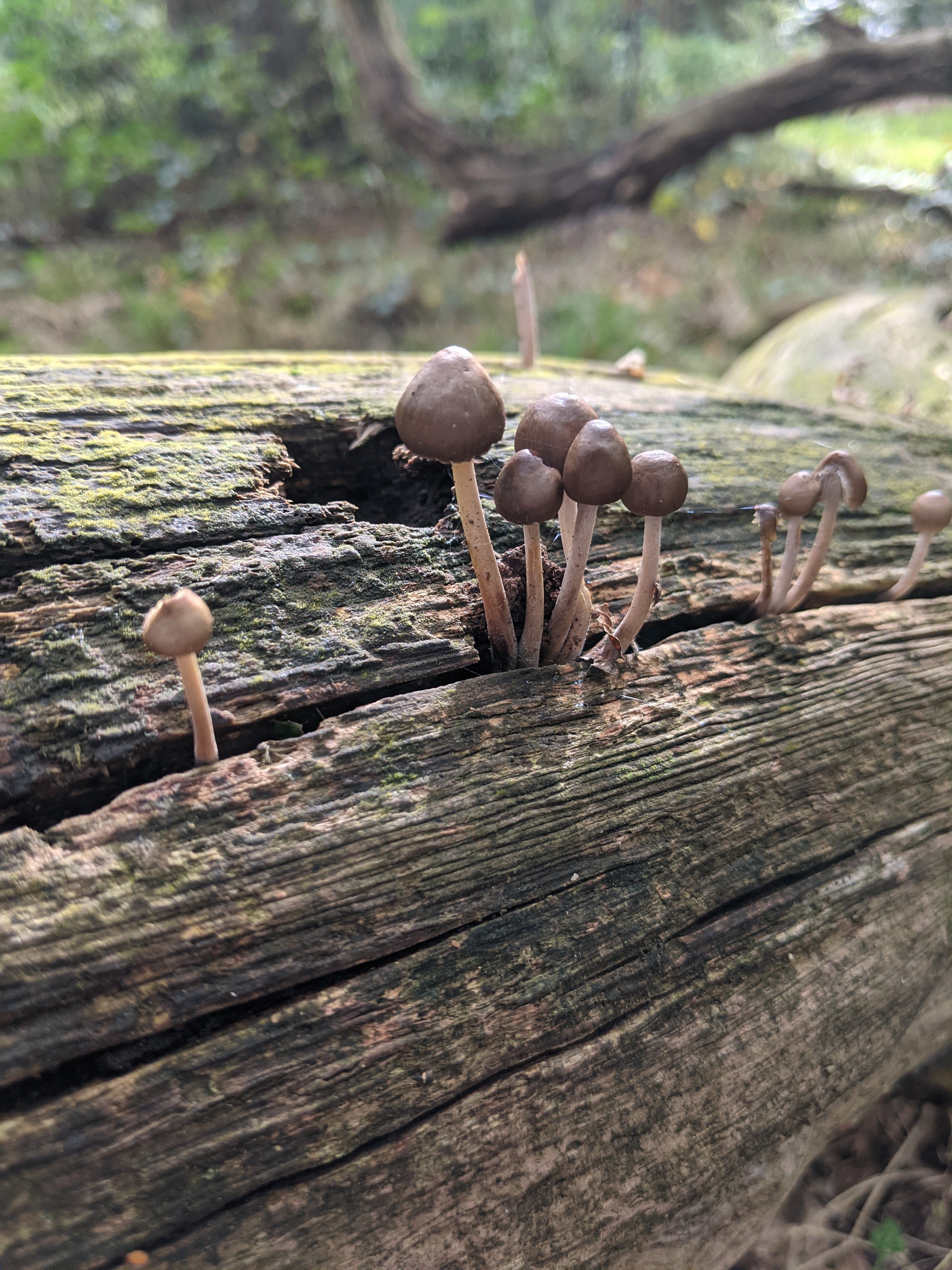 After a while though, the path diverged from the road, and I started to tune into the forest a bit more. I saw a group of three squirrels, play fighting with each other behind a tree, mostly out of sight but peeking out at me every so often - a contrast to how tame the squirrels are in St James Park. I saw several types of mushroom on a tree, just off of the track. I saw a family of long-tailed tits, and a family of great tits a little further on too. And I also saw some funky looking berries that I couldn’t place.

After a while, in part prompted by the mystery berries and mushrooms, I started to think back to fairytales. Every so often, a Tudor-style house would peek out through the forests, along the roads. The book talks about forests being good hiding places - you can loose visibility of people quite quickly, as opposed to out on open fields or deserts. I stuck to the main paths, but I wished I had branched out and gone off the track a bit more than I had, as after a while I found myself drifting into mental autopilot and back to thinking about work, which was the exact opposite of what I’d been trying to do by going on the walk. 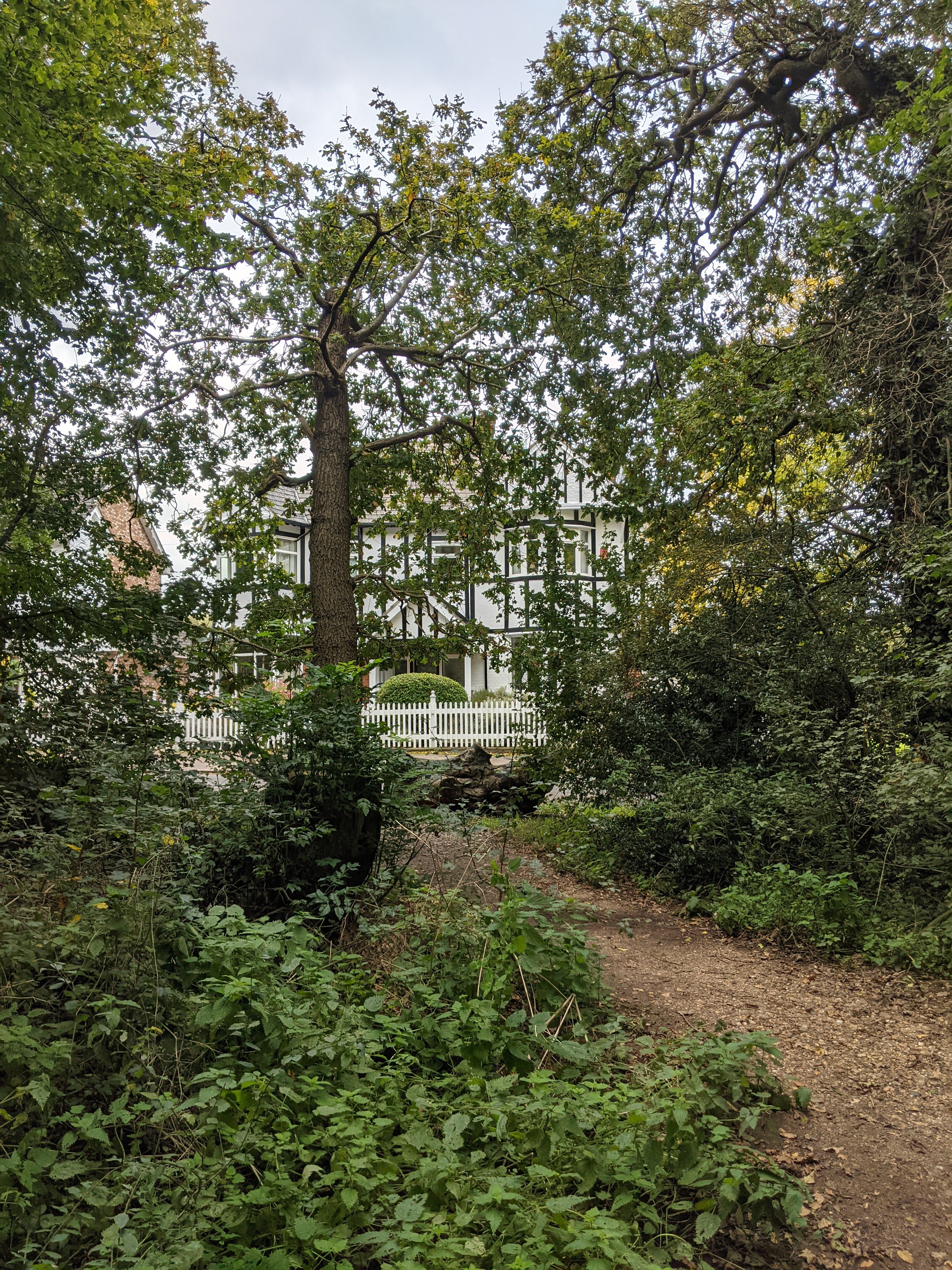 One thing that the forest prompted me to witness though, having read about it in the book, was the act of working on the woods. I had always assumed that woods were entirely self-sustaining, but learnt that they actually require active management. There was some sort of wood shredder activity going on near one of the entrances/exits of the woods. It was interesting to reflect on the different types of work - I work on websites, and have lots of friends who also work in the Digital space, and so sometimes forget that there are jobs out there that don’t involve computer screens at all. 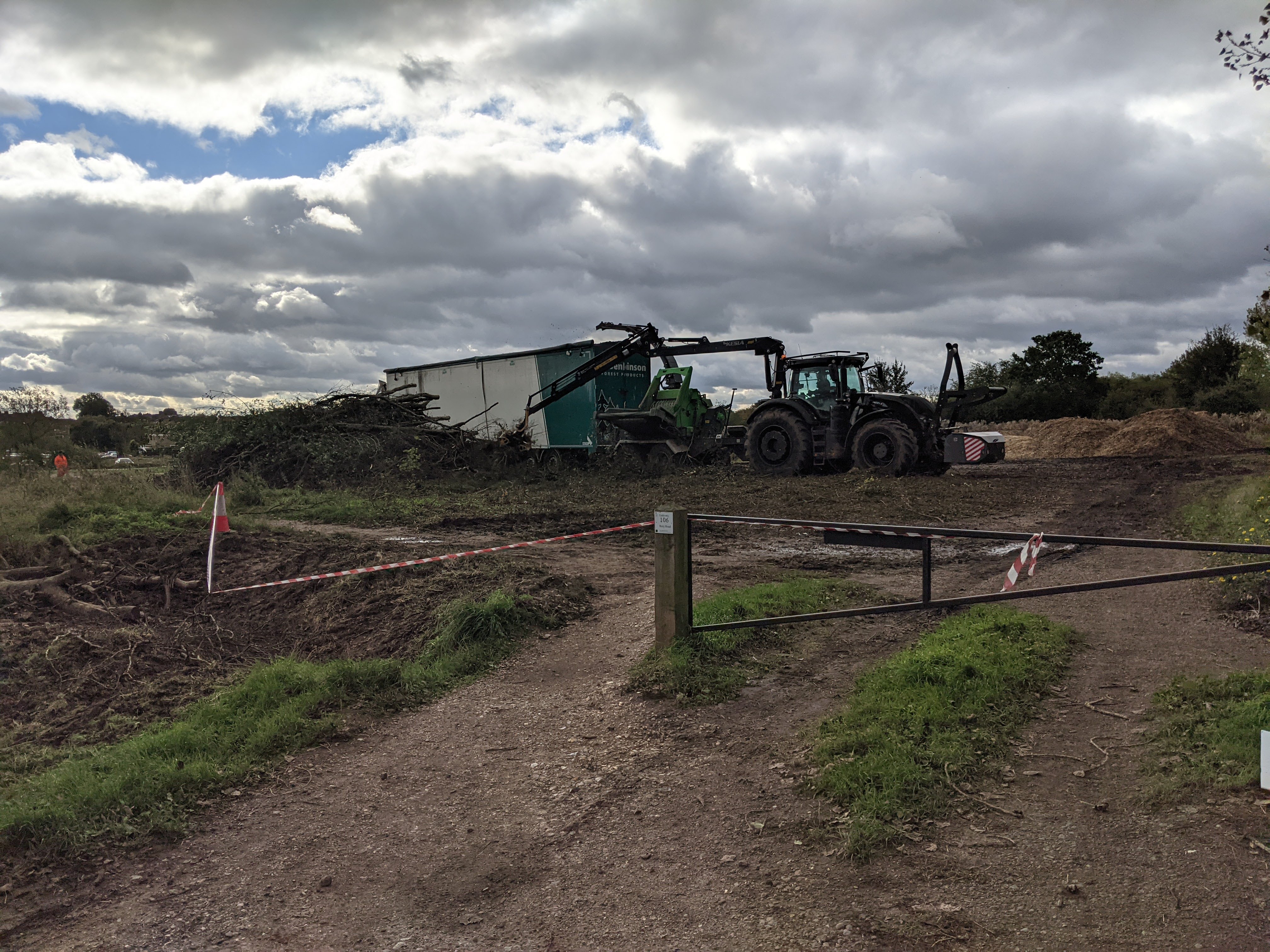 I’m going to try and do more of the walks from the book. One chapter is about the Dulwich/Tulse Hill area, which is where I currently live, so I’m considering that chapter ticked off. And another chapter is about Galloway Forest, which I’ve already been to - and felt somewhat validated by that the author also found it a slightly spooky, unsettling place - but there are some other forests referenced, like ones in the Forest of Dean or New Forest, neither of which I’ve been to, or ones up further north in Scotland than I’ve been.

If you'd like to interact with this blog post, head on over to the below Tweet about it. Responses will be shown on this page (responses are picked up roughly every 30 minutes).